Do you have a son or daughter who is easily bored, irritable, and always getting into trouble at school? If you are at your wit’s end and out of ideas for how to control your child, it may be time to seek therapy for ADHD.

Attention Deficit Hyperactivity Disorder, or ADHD, affects the lives of around 10% of the population. It is most common among children and young adults and around three times more frequently found among boys than girls, but it affects people of all ages and genders. Sufferers from ADHD not only find it hard to function and get ahead in life, but also frequently face a lack of sympathy because their troublesome behavior is often deemed to be the result of a character flaw. Effective therapy for ADHD can help your child make the most of his or her potential and get ahead in life. 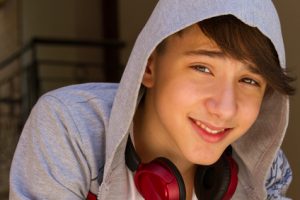 Every case of ADHD is different and it can often be hard for parents to distinguish ADHD from normal signs of acting out that are commonly exhibited during childhood and adolescence. If your child has three or more of the following symptoms and does not seem to respond positively to standard forms of discipline, then you should consider the possibility of ADHD and take him or her to a therapist:

Children and adolescents with ADHD will typically get into trouble frequently at school, whether it is fighting with classmates, disobeying instructions, acting impulsively, or talking back to the teacher. They typically get frustrated easily and respond by giving up or lashing out in ways that can be highly disruptive at school and at home. If you are receiving regular complaints from the school that you are powerless to do anything about, then it may be time to try another approach.

Effective therapy for ADHD in LA

ADHD is usually treated with a combination of medication, counseling, and occupational therapy. The two main forms of medication are Ritalin and Adderall, which are both stimulants that function similarly to methamphetamine, better known as ‘Speed’. It is used because it works fast and provides parents and teachers with relief from the burden of coping with an uncontrollable child. However, it works by smothering the symptoms of ADHD rather than addressing their underlying causes; when the medication stops the symptoms return. Those taking the drugs build up a tolerance over time, meaning that bigger doses are needed to maintain the same effect. Many parents are unhappy with the way that medication effects their child’s personality, dampening down bad behavior, but only a the cost of taking away their spark and drive: the stereotype of the ‘Ritalin zombie’ has a lot of basis in truth. In addition, both Ritalin and Adderall can have unpleasant side effects, including insomnia, headaches, and dizziness.

Jennifer Willemsen, MA, LMFT, drawing on her background in education and psychotherapy, employs a flexible approach using techniques from talk therapy and educational therapy to bring out the best in each child. Using carefully chosen techniques, she helps children and young adults with ADHD to develop the skills they need to develop impulse control, focus, tolerance for frustration, and attention to detail. As they grow in self-confidence and start to perform better in school, the improvements to their mood and self-esteem can be amazing.

Jennifer also uses a technique called Neurofeedback, which the American Academy of Paediatrics has classified as a level one (highest level) evidence-based intervention for children with ADHD. To learn more about how Neurofeedback works, click here.

Reach out for help

Dealing with an ADHD child can be stressful, painful, and draining. Don’t struggle alone. Contact Jennifer Willemsen, MA LMFT to find out about your options for effective therapy for ADHD in Los Angeles today. You can reach her by phone or by filling out the contact form.